Following on from the 2018 Tohunga Talks series our speakers will cover subjects including marine mammal conservation and the harvesting of stranded marine mammals and the history of the Hihiaua Cultural Centre and the upcoming Tuia First Encounters 250 commemorations.

Tohunga whakairo, teacher and mentor, Te Warihi Hetaraka is known in Te Tai Tokerau and beyond as an authority on whakairo/toi Maori. He was chosen by kaumatua as a 15-year-old to represent the tribes of Tai Tokerau in the first intake of the trainees of the NZ Maori Arts & Crafts Institute and has since worked continuously to preserve and disseminate matauranga Maori.

Te Warihi will talk on the history and evolution of the Hihiaua Cultural Centre and his aspirations for the future of his people. He will also present on the upcoming Tuia First Encounters 250 commemorations and what his role in the project has been to date and what his hopes are for the future of the people of Aotearoa.

Kaumᾱtua and expert in whale recovery, Hori Parata has flensed close to 500 whales and said from the moment the tohorᾱ washes upon the shore, whales must be acknowledged as whānaunga who have returned to us based off the relationship of the tohorᾱ and the kauri tree which saw Tᾱne (God of forest) gift the whale to Tangaroa (God of sea). Hori was just seven years old when he attended his first mass stranding, a beaching of porpoises in New Zealand’s Northland, their cries screeching through the air on the deserted stretch of sand.

Parata is renowned in New Zealand as the leading Māori whale expert, called on by tribes around the country for cultural guidance as marine strandings become increasingly complex and fatal.

“Man’s greed in the ocean is hurting the whales,” says Parata, a fierce and uncompromising elder of the Ngātiwai tribe of eastern Northland.

Te Kaurinui was called after the first whale his father ever named, he has returned to Whangārei and study whale tikanga (protocol) and carving. He says mass strandings are getting more local and international attention and money from donations, but traditional knowledge is being dismissed as overly spiritual. We need to listen’ Māori harvest rights over dead whales have only been officially recognised since 1998, and the practice still elicits horror from some New Zealanders and visitors. “Our own ancestors wouldn’t say to go down there and hug the whales. That’s a modern thing,” says Te Kaurinui.

Ngātiwai are investigating a possible link between the crisis of the dieback disease killing New Zealand’s native kauri trees – and threatening the giant Tāne Mahuta, which may be 2,000 years old – and the increase in whale strandings.

Parata and his family believe whale oil and by-products could be used to try to cure Kauri dieback, and want more government money and attention directed towards indigenous knowledge of the interconnectedness of the New Zealand environment, and possible indigenous solutions.

“People dismiss us when we tell them our spiritual understanding of whales – why they are beaching, why they are hurting,” says Te Kaurinui. 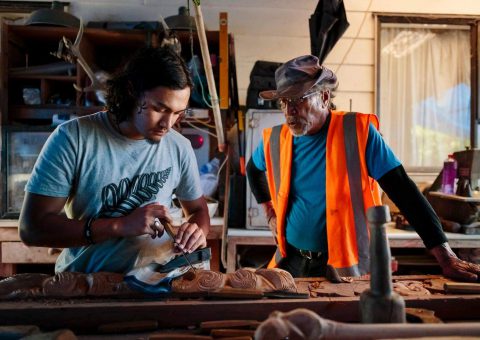 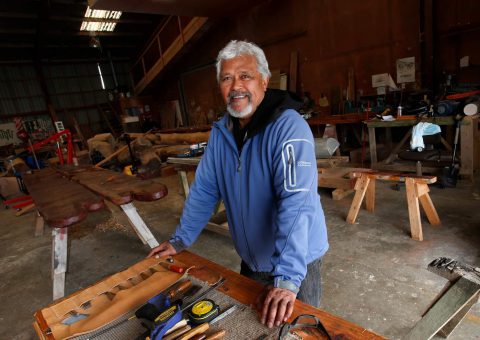 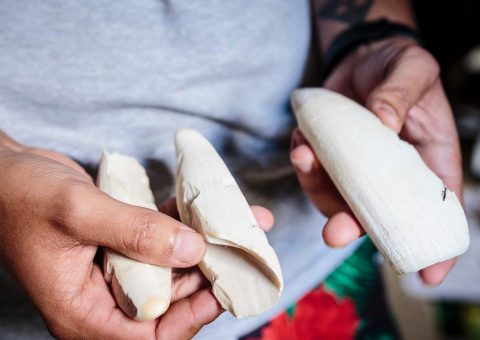 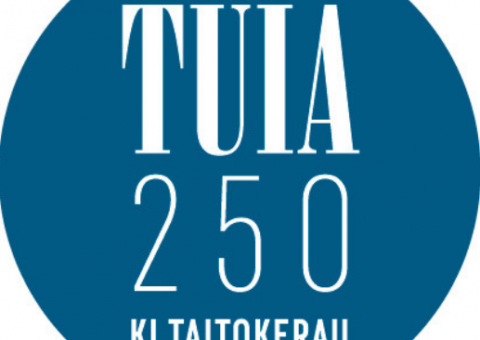 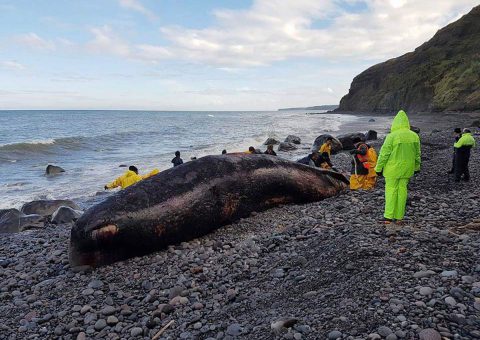 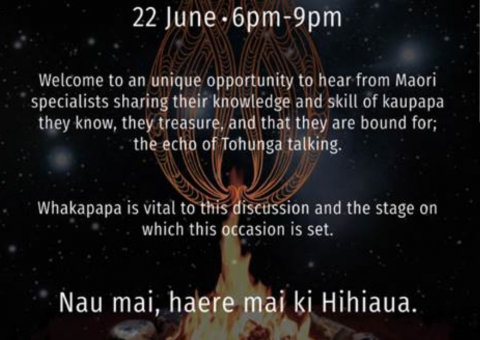